The NCAA took a step toward modernization Wednesday, announcing that its board of governors supports rule changes that would allow athletes to be paid by third parties for their name, image and likeness.

That fact alone was revolutionary: An organization that has refused to budge could finally allow players to receive money for signing autographs, hosting athletic camps, appearing on commercials or promoting businesses on social media as soon as the 2021-22 academic year. Schools would not pay the athletes directly.

But if you were expecting applause from the legislator and attorney who overhauled Florida’s name, image and likeness rules, you were mistaken.

“The fact that, again, they got together and didn’t seem to really accomplish what was needed on behalf of our student-athletes is kind of embarrassing for them,” Rep. Chip LaMarca said Wednesday afternoon. 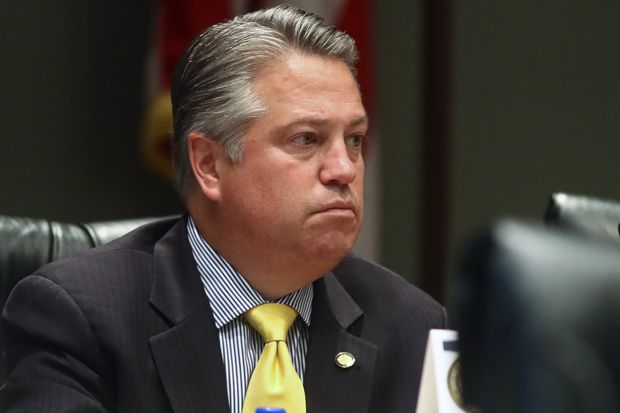 LaMarca (R-Lighthouse Point) sponsored the name, image and likeness bill that was passed by the state legislature last month and is awaiting Gov. Ron DeSantis’ signature. Florida’s action was part of the national wave that finally forced the NCAA to act.

“This is a step in the right direction from the NCAA,” said Sen. Debbie Mayfield, who sponsored the state’s senate bill. “All college athletes across the country should have the opportunity to receive reasonable compensation from the use of their name, image and likeness.”

LaMarca also gives the NCAA credit for finally discussing the issue, at least. But he said college sports’ power brokers “don’t want to lose what they have,” so they’re pursuing a market with too many restrictions for athletes.

“You either allow someone to enter the free market, or you don’t,” LaMarca said. “I don’t think you put training wheels on them.”

One of the training wheels is the NCAA’s refusal to pursue group licensing. That makes the return of popular college sports video games unlikely.

Fort Lauderdale attorney Darren Heitner shares LaMarca’s concerns that the NCAA is “getting involved in areas it doesn’t belong.”

Specifically, Heitner — who drafted and promoted Florida’s legislation —is worried about the NCAA determining who can negotiate deals for athletes and what sort of deals they can make.

The NCAA wants to make sure agents and advisors are regulated. But almost every state already has these types of regulation, Heitner said. Why does the NCAA need to get involved, too, especially if it has no experience doing so?

Heitner is also concerned about the NCAA limiting athletes’ deals themselves. The working group specifically questions whether shoe and apparel companies should be banned or limited “due to their history of encouraging or facilitating recruiting and other rules infractions.” But any restrictions on Nike or Under Armour would deprive college athletes of one of their largest potential moneymakers.

“That often is the bread and butter for professional athletes and similarly could be a great stream of revenue for college athletes,” Heitner said.

Although Wednesday’s announcement was a tangible sign of progress, many details still have to be figured out, let alone finalized.

A 31-page final report lacks specifics. The rules themselves have yet to be written and wouldn’t be formally adopted until January. The NCAA’s outlines also call for Congressional action to preempt state legislation (like Florida’s) and protect the association from lawsuits, among other things.

LaMarca said he’ll continue to monitor how the NCAA works through those complex, critical issues in the coming months.

“I would say this: We’ll watch the NCAA,” LaMarca said. “We still have our law. … If we don’t like the way the NCAA is going, we have ours, and we can deal with it.”