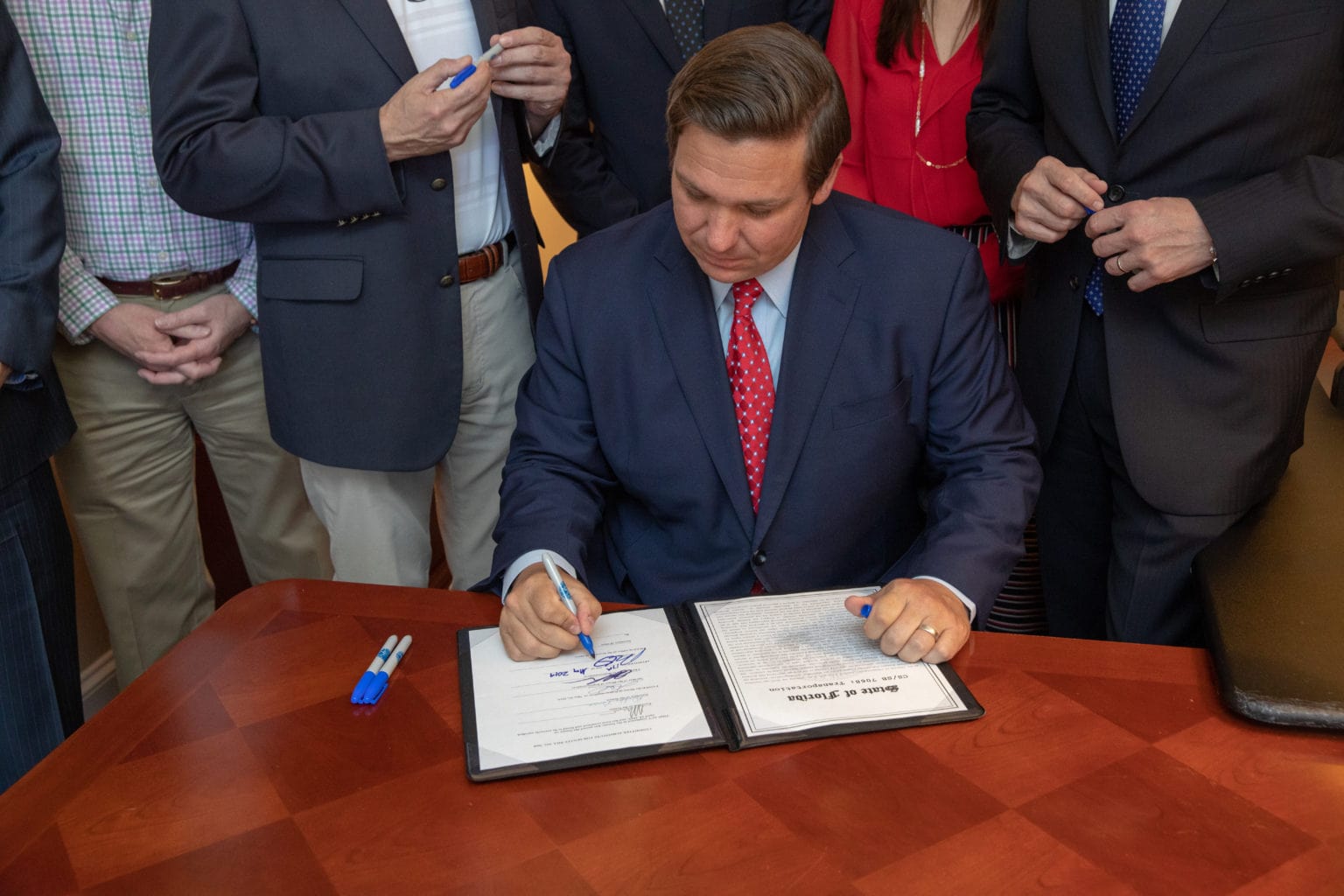 Ron DeSantis should get his pen ready; there’s a stack of bills on his desk.

Gov. Ron DeSantis signed a bill that will allow college athletes to make money of their brand, forcing the issue at the national level.

That bill (SB 646) would allow college athletes to make money — including through endorsement deals — off of their name, image or likeness, which the Governor has called a “matter of fairness.” It would also allow athletes to hire agents and require mandatory financial literacy courses for student athletes.

The bill would not force colleges and universities to pay student athletes.

“That same basic model’s the same, but if you have a situation where you have some of the great athletes, particularly in sports like football and basketball, whose name, image and likeness is being used to make millions and millions of dollars, and then they don’t even have the opportunity to get any of that,” DeSantis said. “There’s something fundamentally unfair for that.”

California passed a similar law last year, which goes into effect in 2023. Florida’s version inserts itself ahead of the Golden State with a July 2021 start date, making the state a leader on the issue.

Lt. Gov. Jeanette Núñez, lawmakers and Florida collegiate football legends joined the Governor at the University of Miami for a bill signing ceremony.

The Governor, himself a former college athlete, backed the bill from the moment Sen. Debbie Mayfield and Reps. Chip LaMarca and Kionne McGhee introduced it.

“If you’re coming from a low-income background, to be able to get some extra financial assistance, that can make a huge difference in somebody being able to really fulfill their education and their athletics in a way that removes a lot of burdens from them,” DeSantis said.

“We have so many talented students here in Florida, and they deserve to be able to take their talent and be able to understand and learn the free enterprise,” Mayfield said.

Added McGhee: “To all the college student athletes out there, fairness is here,” he said. “This is the day that you’ve been waiting for, and we’re standing 100% with you.”

With the 2021 start date, the Legislature hoped to give the National Collegiate Athletic Association time to adopt its own rules on the matter, which lawmakers expected would be forthcoming. Giving the bill a one-year lag time would allow the state to let the national association lead, but would force the issue.

But if a year passes and the NCAA doesn’t act, Florida will have an advantage.

“If you’re a blue-chip high school recruit out there thinking about where you want to go, one of our Florida schools I think is a great landing spot in anywhere in the country,” DeSantis said. “But particularly for all our great Florida high school players: stay in state. I don’t want to see people going to Alabama and Clemson. I know they’ve got good programs, but I think there’s nothing better than winning a national championship in your home state, so maybe this will be added enticement.”

DeSantis, who has joked that he wouldn’t have made much money off the field during his baseball career at Yale University, said women athletes will also have an opportunity to profit.

“Some of these players that come in, it’s that old adage, strike while the iron’s hot,” he said. “For some of them, it will never be as hot as it is when they step foot on a college campus.”

Former NFL linebacker Jonathan Vilma, who was a championship winner with the University of Miami in 2001, said student athletes have asked for 30 years about why they don’t get paid.

“We had always felt that there was going to come a tipping point for student athletes to finally come together and say enough is enough in regards to financing and being compensated for their image and likeness,” he said.

DeSantis signs bill that allows college athletes to make money off the fiel...
Scroll to top