NCAA committees that have been studying how Division I schools should change rules regarding athletes’ ability to make money from their name, image and likeness will be proposing conceptual changes that include allowing athletes to promote commercial products and services, sell memorabilia and autographs and publicize appearances, camps, clinics or lessons for which they could be paid, according to a person with knowledge of the proposal.

The person requested anonymity because details of the plan had not been made public by the association. The contents of the proposal are scheduled to be discussed Friday during a meeting of the NCAA Division I Council, the division’s primary rules-making group. 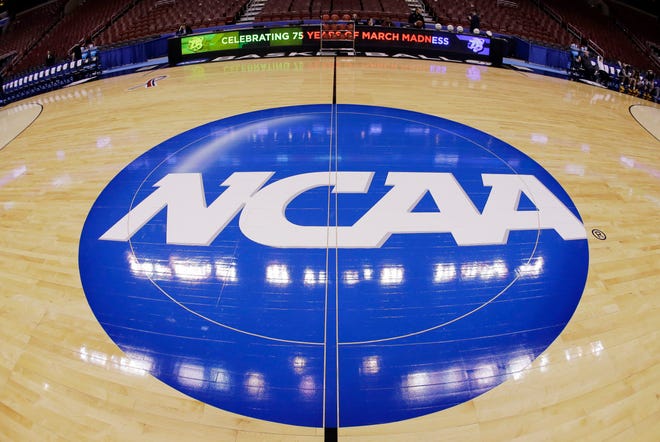 The NCAA Board of Governors, the association’s top policy-making group, has said it wants rules changes regarding name, image and likeness ready to be voted on no later than January 2021.

No votes are to be taken Friday, and a final report by the committees is not set to be made until Tuesday when the NCAA Board of Governors, the association’s top policy-making group, is scheduled to meet. The Board of Governors has said it wants rules changes ready to be voted on no later than January 2021.

FOOTBALL IN THE FALL? College football programs could lose billions in revenue if no season is played

The person emphasized that the proposed concepts remain a long way from actual rules changes and that many questions remain, including how to deal with potential involvement of school athletic boosters, determining fair-market value of the activities that would be allowed and the prospect of group licensing.

A solution regarding group licensing potentially would be key to the re-start of a college sports video games such as the ones from EA Sports that was discontinued amid antitrust lawsuits filed on behalf of former football player Sam Keller and former basketball player Ed O’Bannon.

Late last September, California Gov. Gavin Newsom signed into a law a bill that will make it easier for athletes in that state to make money off their name, image and likeness, beginning Jan. 1, 2023. That led to similar bills being introduced in dozens of other state legislatures. In March, Colorado’s became law, also effective Jan. 1, 2023. And the Florida legislature has sent a bill to Gov. Ron DeSantis, who had announced his support for such a measure; that measure would take effect July 1, 2021.

A significant question for the NCAA will be whether its ultimate action on this issue will satisfy lawmakers. The volume of state legislative interest prompted NCAA President Mark Emmert to call for Congressional intervention.

California state Sen. Nancy Skinner, the primary author of the state’s new law, reacted favorably Thursday to what the NCAA is now considering.

She wrote in a Tweet, referencing the law’s bill number as it moved through the legislature: “No baseball. No hoop. Still stuck at home. But we all need some good news! Here it is: NCAA may finally lift the yoke off student athletes! You say you want a revolution … Well maybe #SB206 launched one!”

“I will remain cautiously optimistic that this is not another hidden ball trick allowing the NCAA to again punt this issue down the field on our students,” LaMarca said in a statement. “With this global pandemic challenging our economy, the time is now for the NCAA to act so that every student across the nation can begin to take care of themselves and their families.”

Last October, the NCAA Board of Governors voted to adopt a general policy that schools may “permit students participating in athletics the opportunity to benefit from the use of their name, image and/or likeness in a manner consistent with the values and beliefs of intercollegiate athletics.”

The Board of Governors also directed the school membership of each of the NCAA’s three competitive divisions to “begin considering modification and modernization of relevant NCAA bylaws and rules in harmony with” a set of principles that include: