These South Florida candidates made the 2020 ballot for state House, Senate rac

A week after the shooting at Marjory Stoneman Douglas High School in Parkland killed 17 people, survivors and hundreds of others descended on Florida’s Capitol on Feb. 21, 2018, to demand action on gun control and mental health issues. BY EMILY MICHOT

Despite a global pandemic shutting millions of Americans indoors and civil unrest in cities nationwide after the killing of George Floyd by Minneapolis police, time marches on and elections wait for no one, at least in Florida. (Sixteen other states across the country have postponed their primaries.)

Florida’s primary election is about two months away and the general election November 3 will be here in no time.

The qualifying period for state House and Senate hopefuls begins at noon on Monday, June 8, and ends at noon on Friday, June 12. The Division of Elections began accepting qualifying papers May 25. The primary election in Florida is August 18.

Here’s who has qualified for the 2020 races for Florida House and Senate:

Before he was elected to the Florida House in 2018, LaMarca served on the Lighthouse Point City Commission and later, the Broward County Commission.

State Rep. Bobby DuBose successfully helped get the compensation bill through the Legislature.

Former Miami Workers Center political director and consultant Rogers-Shaw announced her candidacy to primary Omphroy less than a month ago. She is outraising Omphroy by more than $10,000. 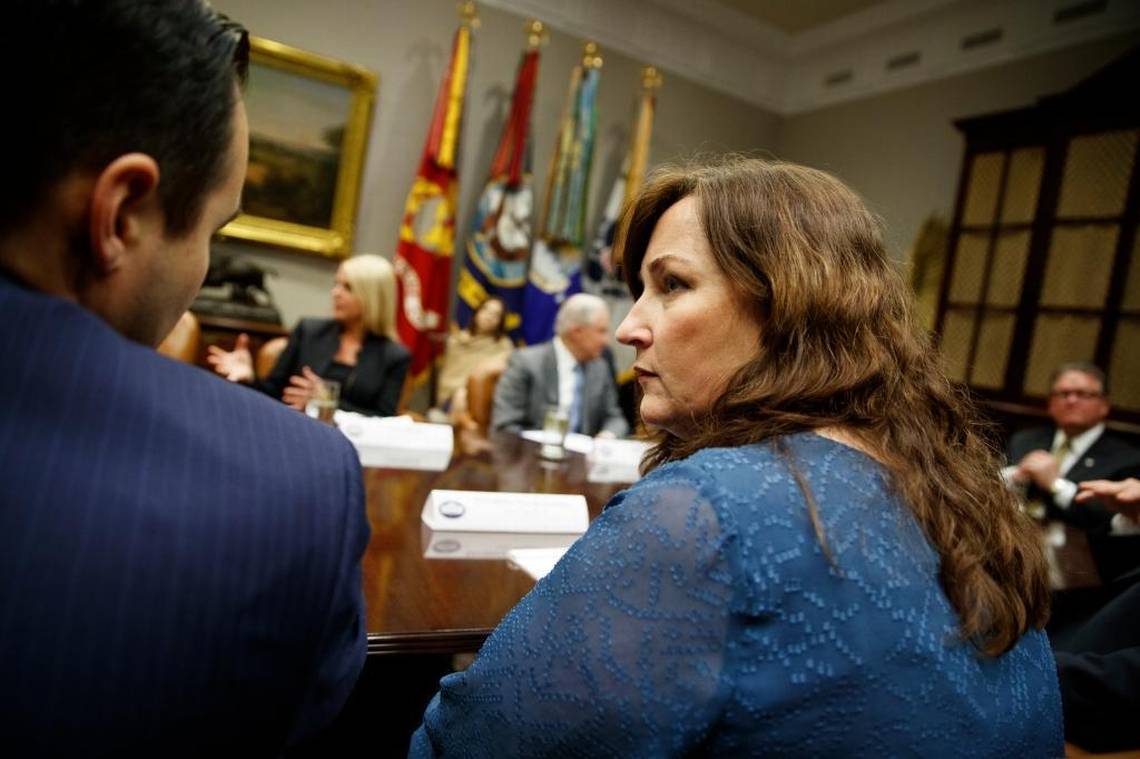 Before he assumed office in 2019, Daley served as a city commissioner and vice mayor of Coral Springs.

Before the state underwent redistricting, Jenne represented House District 100, which at the time stretched from Dania Beach to Pembroke Pines in southern Broward County. He served House 100 from 2006 to 2012.

House 100, most of Hollywood and parts of northern Miami-Dade County

In 1989, Geller was elected chairman of the Miami-Dade County Democratic Party, serving in that capacity in 2000. In 2004, he was elected mayor of North Bay Village.

In 2018, political novice Polo won a close race against Frank Mingo, flipping the long-held Republican seat from red to blue.

In 2018, Estevez lost the general election to Rodriguez by less than one percentage point. 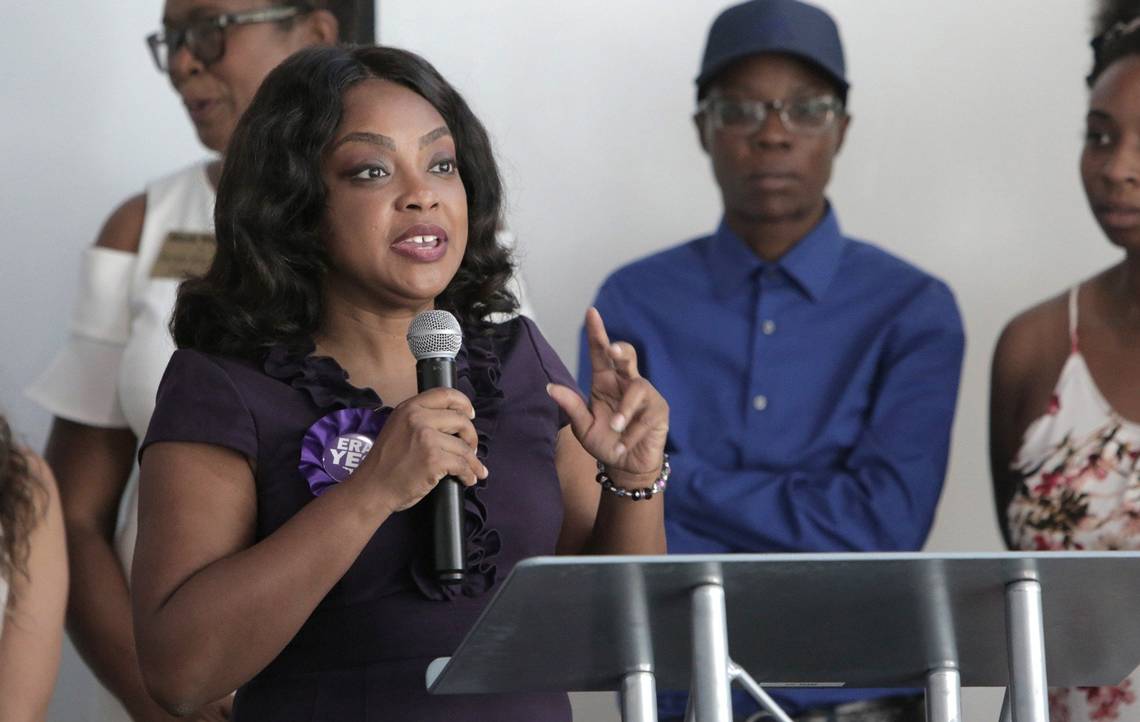 State Rep. Dotie Joseph of Miami speaks to a group of women, community leaders and advocates from across South Florida during a gathering to celebrate 100 years since the 19th Amendment passed and urge the Florida Legislature to prioritize the Equal Rights Amendment. The gathering Monday, Aug. 26, 2019, was at CIC Miami. Jose A. Iglesias JIGLESIAS@ELNUEVOHERALD.COM

House 109, parts of Miami-Dade County including Miami Gardens and Opa-locka 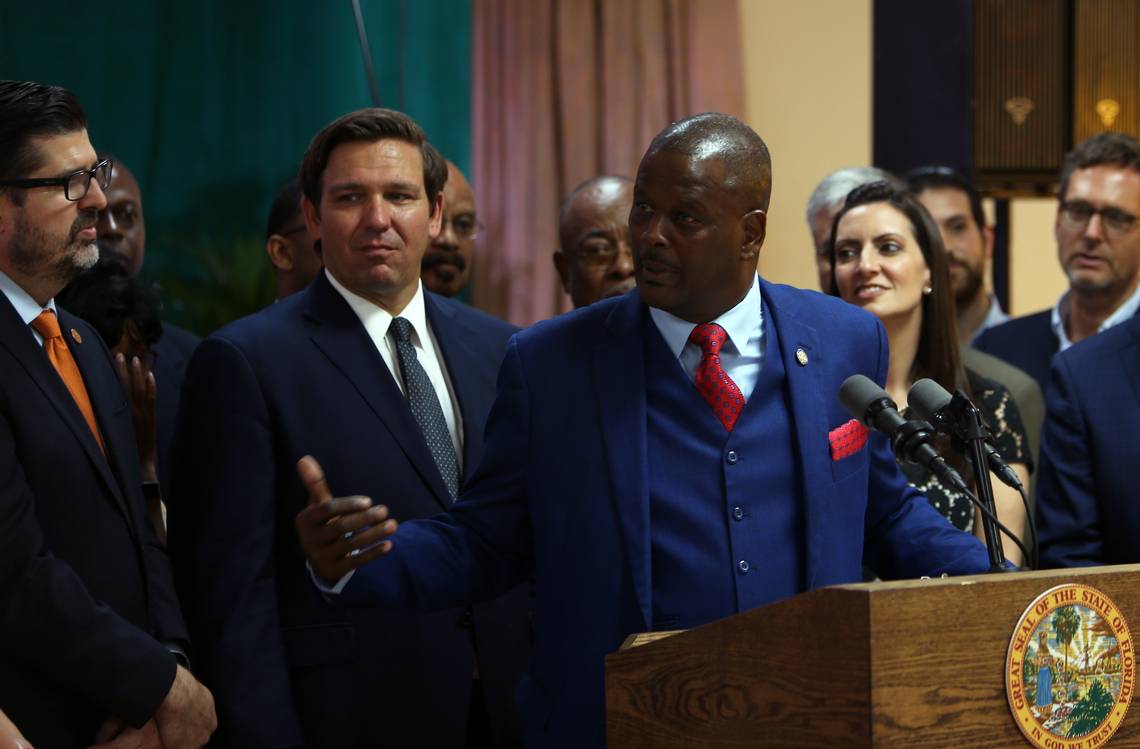 House 110, parts of Miami-Dade County including Hialeah and Miami Lakes

House 111, northeastern Miami-Dade County, including parts of Miami and Hialeah

Perez is slated to become House Speaker in 2024. 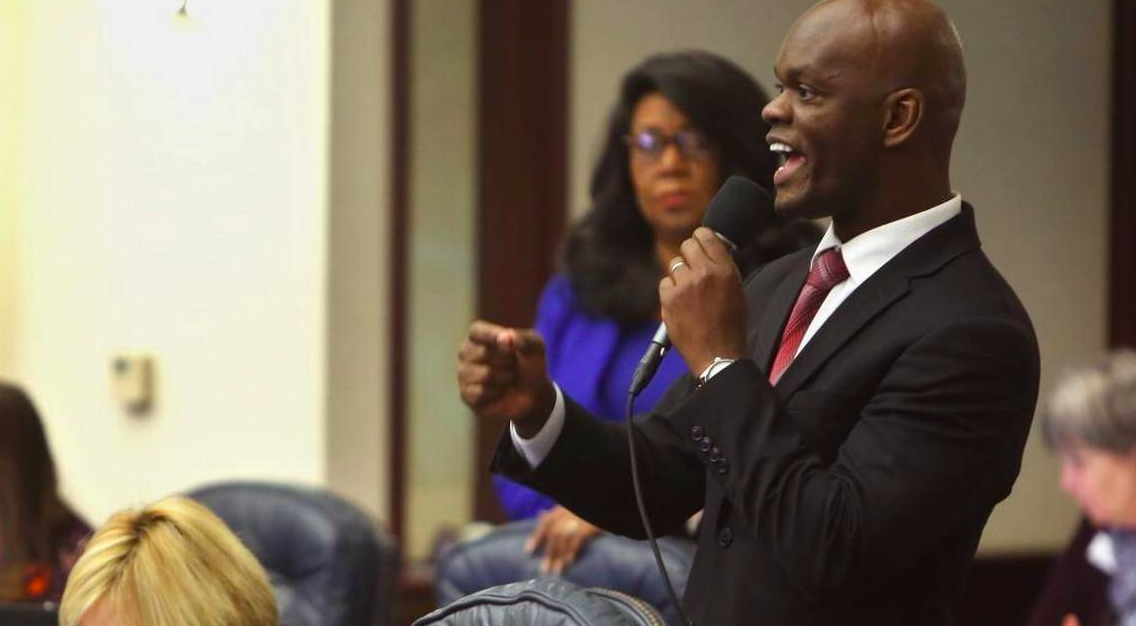 Fla. State House Rep. Kionne McGhee during a debate on gun safety on the floor of the House in March. The representative’s uncle was shot and killed the day before Christmas Scott Keeler, Tampa Bay Times

House 120, parts of Miami-Dade and Monroe Counties, including the Florida Keys

Rebman Lopez has recently come under fire for taking a $1,000 donation from Interamerican Consulting — former congressman David Rivera’s firm that signed a $50 million contract with the Venezuelan government.

Polsky, a current House member, and Slosberg, a former one, will battle for the seat left open by Rader, who announced May 19 that he was stepping back to spend more time with his family and focus on his career in the insurance industry. Slosberg’s daughter, Emily Slosberg, is a Democratic state representative in the Florida House.

This is not the elder Slosberg’s first try at a senate seat. In 2006, he ran and lost against now-Congressman Ted Deutch in the Democratic primary. In 2016, he lost a primary election to former state senator Jeff Clemens to represent Senate District 31.

When Clemens resigned in 2017 after acknowledging an affair with a lobbyist, Slosberg ran against Sen. Lori Berman in a special election and lost.

Before Berman was elected to the state Senate in 2019, she served four terms in the Florida House.

Thurston served four terms in the Florida House, representing the Fort Lauderdale area from 2006 to 2014, and was the House minority leader in his final term. Thurston is slated to succeed Sen. Gary Farmer as minority leader of the Florida Senate in the 2022-24 legislative session.

Jones, a current representative in the Florida House, has the backing of Senate Victory, the Senate Democratic Caucus’ fundraising arm. Campbell is a former state senator who lost her bid for reelection in Senate 38 to Jason Pizzo in 2018. Campbell also served in the state House from 2010 to 2016.

Before his election to the Senate in 2016, Fernandez served two terms in the Florida House. Garcia previously served as the deputy press secretary at the Department of Homeland Security under President Donald Trump. She founded the Miami-based Latinas For Trump.

Senate 39, South Miami-Dade and all of Monroe County

Fernández, a Cuban-American attorney and current representative in the Florida House, is running to replace Flores in what many political observers see as one of the most flippable seats this cycle. Voters in the Sweetwater-to-Key West district supported Andrew Gillum over Gov. Ron DeSantis in 2018, and Hillary Clinton over Donald Trump in 2016 despite also electing Flores.

Rodriguez, of Doral, is term-limited out of the Florida House. Before running for state House, she served on the Doral City Council.