The landmark legislation takes effect in July 2021 and puts pressure on the NCAA to act soon. 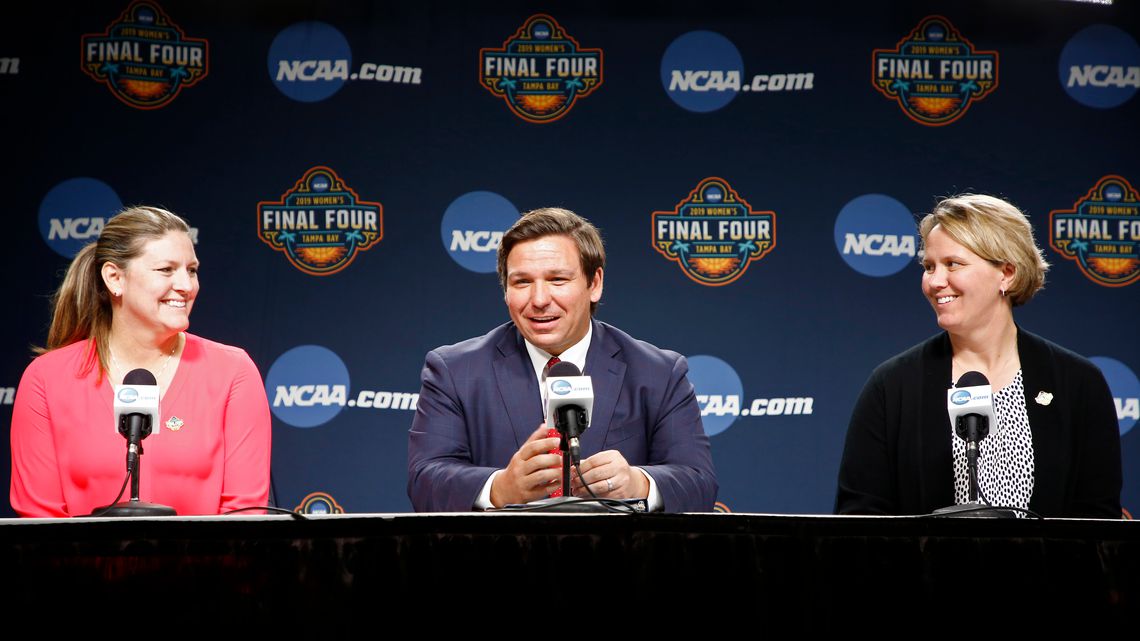 Florida wasn’t the first state to introduce legislation that would allow college athletes to make money off their name, image and likeness. It wasn’t the first to pass a bill on the subject, either.

But when Gov. Ron DeSantis signed the state’s bill into law Friday at a ceremony at the University of Miami, it represented one of the biggest steps in a years-long nationwide movement to overhaul the NCAA’s amateur model.

Because the law takes effect July 1, 2021, about 18 months earlier than similar laws previously approved in California and Colorado, it puts pressure on a notoriously slow-moving organization to act quickly on the issue.

“I really think it is Florida leading the way on this,” DeSantis said.

RELATED: The 2020 college football season probably won’t be fair. That’s better than no season at all.

The state is leading carefully. The law does not allow players to be paid directly for their performances. Instead, it allows athletes to be compensated by third parties in other ways, such as through endorsements and sponsored social media posts.

DeSantis called it “a matter of fairness.” Why should college musicians be able to make money from their own YouTube channel while a college athlete cannot do something similar, he said.

The NCAA has long resisted changes to its model, which prohibits players from making money off their names while they’re playing for member schools. Former Hurricanes star linebacker Jonathan Vilma said during Friday’s ceremony that the NCAA has been “sitting back” for decades on the issue.

The NCAA took a step toward action in April when it announced its board of governors supported a plan that would let players monetize their name, image and likeness without losing eligibility. But its ideas conflict with Florida’s legislation on several fronts, including the role of advisers in endorsements and whether shoe companies should be sources of income for players.

The NCAA is expected to adopt new rules in January to take effect at the start of the 2021-22 academic year.

The NCAA also requested help from Congress to navigate some of the issues and the differing state legislations. About two dozen more states are working on similar legislation.

Regardless of what happens in Washington and at the NCAA’s headquarters in Indianapolis, Florida has some things to work through. The Florida Board of Governors, the governing body for the state university system, and State Board of Education must decide some regulatory details. “It’s not necessarily going to be the Wild West,” DeSantis said.

But it might be a recruiting tool for the state’s programs. DeSantis pitched it that way.

“If you’re a blue-chip recruit out there thinking about where you want to go, one of our Florida schools, I think, is a great landing spot for anywhere in the country,” he said. “But particularly for all our great Florida high school players, stay in state. I don’t want to see people going to Alabama and Clemson. I know they’ve got great programs, but I think there’s nothing better than winning a national championship in your home state. So maybe this will be added enticement.”